Container barge transport from Port of Gothenburg to Port of Vänersborg via Göta River demonstrated a new logistics concept in Sweden.

EMMA project partner, Avatar Logistics AB from Sweden, gained a lot of positive attention with its first container barge transport from Gothenburg to Port of Vänersborg via Göta River. This pilot on inland waterways demonstrated a new logistics concept with barge. The pilot was a success, since it demonstrated the feasibility of this concept in the area showing its potential to complement road and rail transport already in the near future.

In Sweden, the inland barge pilot attracted a lot of interest, since inland waterway transport provides an energy efficient, environmentally friendly and silent transport alternative compared to other transport modes. This alternative way of transport could eventually profit the whole region by shifting burden from roads and railroads and diminishing road congestion, negative environmental impacts and noise.

On this unique pilot, a barge was first loaded with containers in Gothenburg and then pushed by a tugboat along the Göta River to the port of Vänersborg by the Lake Vänern. On the way, some challenges were won: on the video (LINK: vimeo.com/207025800 ) one can see how a drawbridge for the heavy traffic opened for the barge to pass and how the barge was skilfully pushed to a narrow canal with only 3 meters of spare space around it. After the inland waterway transport, the containers were unloaded in the Port of Vänersborg in front of the eyes of about a hundred spectators - and then re-loaded onto trucks.

“In the best case, a container barge would be able to operate in the Göta River already in the autumn 2017”, said Johan Lantz, the CEO of the Avatar Logistics that develops logistics solutions on the inland waterways.

Have a look at this video (LINK: http://www.lighthouse.nu/sv/nyheter/032017/video-containerfrakt-p%C3%A5-g%C3%B6ta-%C3%A4lv) to see the unloading of the barge in the Port of Vänersborg. 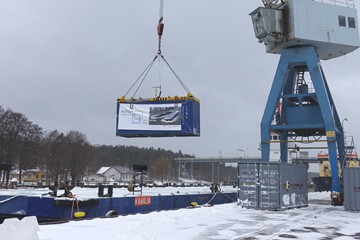 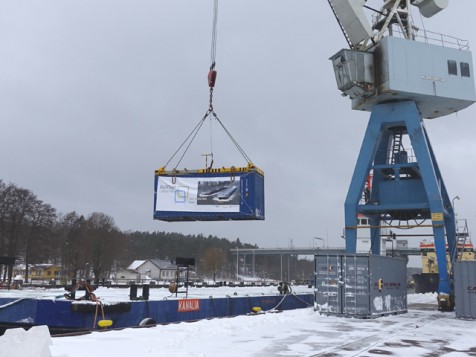 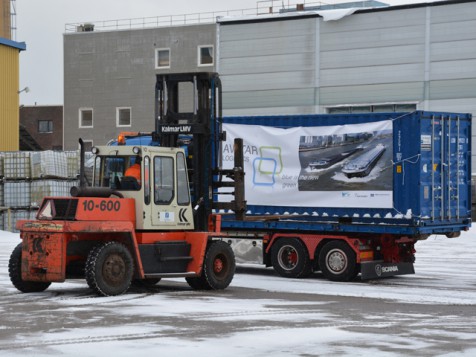 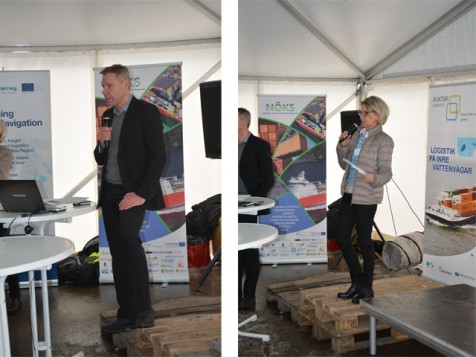 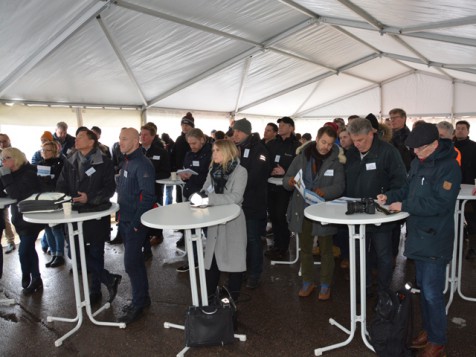