Container cruise along the Vistula River a great success!

On the first promotional and research container cruise along the Vistula River the barge overcame the distance of 440 kilometers from Gdańsk to Warsaw within 9 days. 470 guests participated in the events on the barge and hundreds admired the convoy in the main cities.

The cruise was organized by the Kujawsko-Pomorskie Voivodeship and the City of Bydgoszcz. The barge, loaded with 20 containers, visited main ports and marinas, where altogether seven promotional events and five press conferences were held.

“Our intention was to increase public awareness of the economic use of rivers and promote inland navigation as the most economical and environmentally friendly mode of transport. With this cruise we were able to show the possibilities of inland waterway transport on the route between Gdańsk and Warsaw”, explains Rafał Modrzewski, Head of the European Territorial Co-operation Division at the Marshal's Office of Kujawsko-Pomorskie Region.

The container barge was accompanied by another convoy transporting oversized cargo to Plock. Thus the transport potential of the Vistula was tested in actual operating conditions.

The cruise had nine stops along the river. The length of the daily cruise was between 20 to 80 kilometers and took from two to ten hours. Expert meetings and working groups were organized on board during each cruise. Moreover, specialists from the Regional Water Management Authority in Gdańsk and students of Kazimierz Wielki University in Bydgoszcz conducted specialized waterway research concerning the river morphology and infrastructural and navigational objects.

“One purpose of the cruise was to identify the main bottlenecks on the Lower Vistula and conduct research of the waterway”, adds Modrzewski, the country coordinator for Poland in the Interreg Baltic Sea Region project EMMA.

The aim of the Polish EMMA pilot is to present possibilities of transporting cargo using inland navigation as well as to specify the optimal location for a modern multimodal port on the Lower Vistula River. The main stop of the cruise was therefore organized in Bydgoszcz, nearby the planned multimodal platform, which would operate as crucial hinterland port mainly for containers transport coming from the sea ports in Gdańsk and Gdynia.

“We prepared a unique show for citizens and media when handling containers from one barge to another”, Modrzewski tells.

The information seminar dealing with the future of inland navigation in Poland gathered together the representatives of Ministry of Maritime Economy and Inland Navigation, Port of Gdańsk and regional and local self-governments. The citizens of Bydgoszcz had an opportunity to visit exhibition concerning the history of inland water transport in the region and economic use of rivers.

The promotional cruise was accomplished on the 27th of April in Warsaw by the Ministerial Working Group on IW Investments meeting.

“Thanks to this cruise, decision-makers, representatives of business and residents of the Vistula River region were able to see that it is possible to start water transport from sea ports in Gdańsk and Gdynia towards the centre of the country already today. However, if we think about the regular water transport, the cascade of Vistula is the only solution”, concludes Rafal Modrzewski. 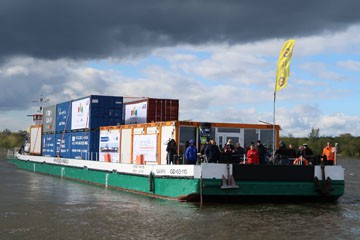 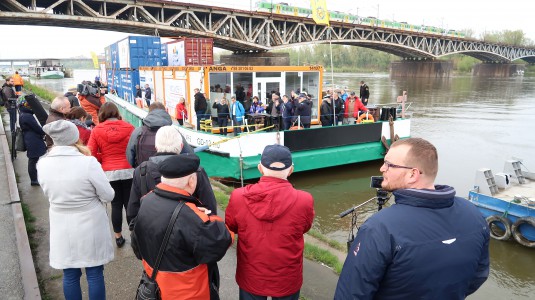 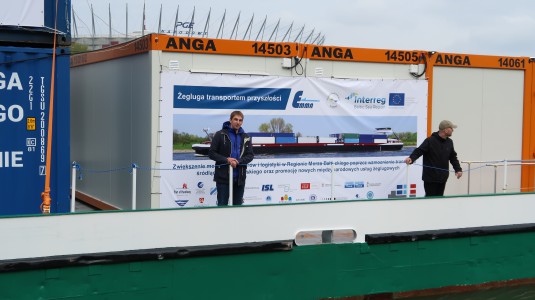 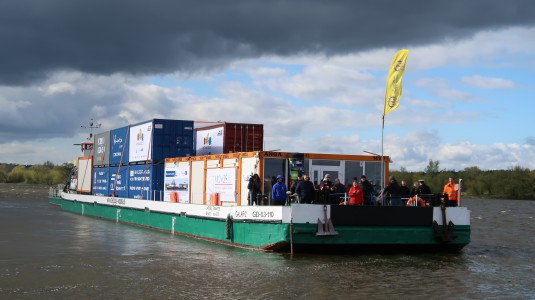 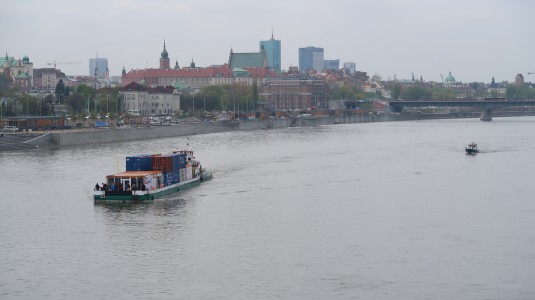 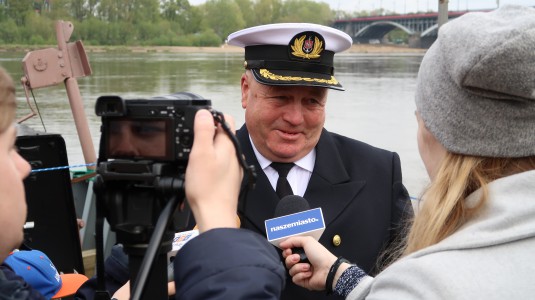