The inland waterway network in Poland consists of 3655 kilometres of waterways, including three of international significance (E30, E40 and E70). Unfortunately the percentage of water transport in relation to all branches of transport amounts to only 0.4%. The aim of the Polish EMMA pilot is to present possibilities of transporting cargo using inland navigation and to specify the location for a modern multimodal port on the Lower Vistula River.

The first stage of the pilot will be a promotional and research barge cruise with containers. The cruise on the route Gdańsk–Warsaw proves that it is possible to use inland waterway transport even with current unfavourable navigating conditions on the Vistula River. It also presents the transport potential of the river and the regions bordering the Vistula.

The Polish pilot aims to determine the optimal location for the multimodal inland port. Therefore it presents an analysis of environmental, hydrological, economical, and infrastructural conditions in the area between Bydgoszcz and Solec Kujawski, where the inland port is planned to be built. The port would function as a direct base resource for the seaports of Gdańsk and Gdynia.

The Kujawsko-Pomorskie Voivodeship together with the city of Bydgoszcz is responsible for the implementation of the Polish pilot. The pilot includes organizing a promotion and research cruise and preparing a location study for the construction of a multimodal platform in the region of Bydgoszcz – Solec Kujawski. The first stage of the pilot was the promotion and research cruise of a container barge on the route Gdańsk – Bydgoszcz – Warsaw. The cruise demonstrated the transport potential of the river and the Vistula region, drew decision-makers’ attention to main infrastructure bottlenecks and proved that it is possible to use water transport in current unfavourable navigating conditions on the Vistula River.

The location study for the construction of a multimodal platform (a river port with a logistics centre) presents an analysis of environmental, hydrological, technical and infrastructural determinants in the area between Bydgoszcz and Solec Kujawski, where its construction is planned.

Both actions present the possibilities, benefits and competitiveness of water transport in relation to other means of transport. They also justify the necessity to construct a modern multimodal platform in our region on the Vistula River.

The promotion and research cruise took place in April 2017 and it included 9 days of sailing up the Vistula River from Gdańsk through Bydgoszcz and Toruń to Warsaw. Every day of the cruise the river vessels (towboat + barge with about 40 containers) stopped by a different city by the Vistula River, where events for the promotion of sailing were held. As an element of promotion of the cruise, the organizers of the event (Kujawsko-Pomorskie Voivodeship and the city of Bydgoszcz) prepared materials to promote this event and started a media campaign on television, in the press and on the Internet. The finalization of the cruise consisted of two events – conferences held in Bydgoszcz and Toruń on 21-22 April, and the event in the centre of Warsaw. Read more about the cruise from this link (http://www.project-emma.eu/content/blog/container-cruise-along-vistula-river-great-success) and watch a video of the promotional and research container cruise here (https://www.youtube.com/watch?v=91a0ygxIOm4 )!

Thanks to the cruise, decision-makers, representatives of business and residents of the Vistula River region were able to see that it is possible to start water transport from sea ports in Gdańsk and Gdynia towards the centre of the country already today. The cruise opened new opportunities for developing inland waterway transport and proved its competitiveness. This in turn increased interest in this branch of transport among companies located along waterways. We were also able to carry out a comprehensive inventory of the waterway at the specified section with research in the field of hydro-morphology.

One effect will be the future construction of a multimodal platform in the region of Bydgoszcz–Solec Kujawski, for which a location study will be prepared. This document will facilitate the future investment process and will indicate an optimal location for the object, taking into consideration participation of all means of transport (water, railway, road and air transport) for goods transportation from and to sea ports in Gdańsk and Gdynia.

The location study is a document which requires comprehensive preparation and conducting numerous specialist analyses. The study is scheduled to be completed within one year.

The EMMA project and actions planned in that context bring benefits for the entire region. They increase awareness among decision-makers, residents of the region and business community of the role and benefits of inland waterway transport for transporting goods. EMMA provides the region an opportunity for economic development by creating new needs and services in the scope of inland waterway transport. It also strengthens cooperation between administration and business to develop sailing and promotes the region, which - thanks to water transport - could soon become an important logistics centre nationwide and internationally. The planned pilot actions will show the benefits coming from water transport based on E40 and E70, as well as indicate the location for the multimodal platform (consisting of a river port and a logistics-storage centre) and its legitimacy. This will be the first this type of investment on Polish rivers, and will create opportunities for the future development of multimodal connections in our country.

EMMA pointed out that inland waterway transport plays a very different role in the economy of the BSR countries. In some of them, transporting goods by vessels reaches 40% of overall shipments, while in others it can be marginal. However, each project partner brings valuable experience and interesting solutions concerning the enhancement of inland navigation. This might be very helpful in reaching a critical mass and launching investments. 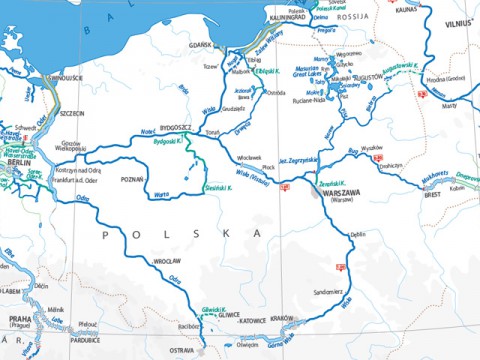 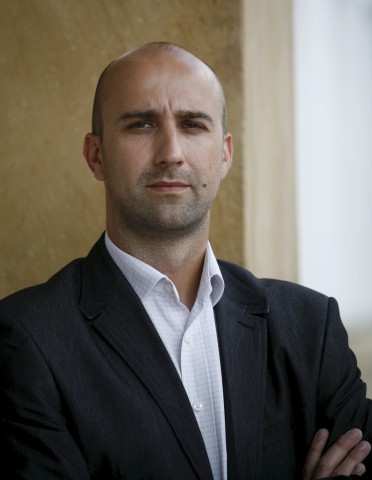