As part of the EMMA Extension project, the commercial container transport took place on the Vistula River for the first time in history. Containers were transported from the seaport of Gdańsk to one of the factories in the Kujawsko-Pomorskie Region.

“The main goals of our pilot was to promote inland waterway transport in Poland as the most economical, safe and environmentally friendly mode of transport, to increase knowledge on the use of inland navigation services and infrastructure among cargo owners and shipping companies, and to promote activities related to the planned construction of the Bydgoszcz logistics hub and recognition of it as a hub of the TEN-T core network”, explains Rafał Modrzewski , Deputy Director of International Cooperation Department at the Marshal's Office of Kujawsko-Pomorskie Region.

Apart from the promotion of inland navigation, the cruise had one more important goal: the practical testing of the possibility of waterway transport and cargo handling within the transport corridor.

The cruise began on the 6th of April at the Szczecinskie Quay at the Port of Gdansk. After an overnight stop in Tczew, the barge continued its cruise towards Chełmno, which was reached in the afternoon. The entire 150-kilometre-way from the Port of Gdansk to Chełmno was realised in about 17 hours.

“The hydrological conditions were stable, the depth for this type of barge was appropriate and the waterway was well-marked. It is possible for barge to sail from the Port of Gdansk to Chełmno in 15 hours, while the return cruise takes only 8 hours”, Modrzewski says.

In this section, the River Vistula has class II navigability, 30 meters wide trail and the transit depth of 1,8 meters. Such parameters will allow for the full use of the shipping season and waterway transport.

“To ensure optimal technical conditions on the waterway, the regulatory structure on the lower section of the Vistula should be rebuilt and bottlenecks, meaning burdensome places for navigation such as thresholds and shallows, should be removed. Provided that the technical conditions of the route are ensured, it is possible to proceed with the full marking of the route by setting up bank and floating signs, introducing radar navigation and markings informing about clearances under the bridges, as well as adapting the waterway for night navigation”, Modrzewski states.

Creating appropriate conditions for navigation will allow for full use and adaptation of the rolling stock to the class of the waterway, which will directly translate into the size and tonnage of vessels.

Along with wide media coverage (read more here), the cruise resulted in very good feedback from many actors interested in regular inland navigation.

“The key argument for customers to participate in the pilot was the environmental dimension of this form of goods transport and its innovation on the local market”, Modrzewski tells.

The efficiency of the set consisting of, for example, two barges carrying 30 containers weighing 24 tons, is much greater than that of transporting cargo by trucks (see table below):

“The potential of this solution raised the interest among domestic and foreign shipowners and representatives of the industry as well as entrepreneurs operating in the Kujawsko-Pomorskie Region”, Modrzewski concludes.

FACTS ABOUT THE PILOT CRUISE:

The cruise in numbers:

*According to the registration document of the Tur W-01 pusher, it can push barges with a total capacity of up to 2,000 tons. The amount of fuel used with a larger load and the number of barges pushed does not change significantly. 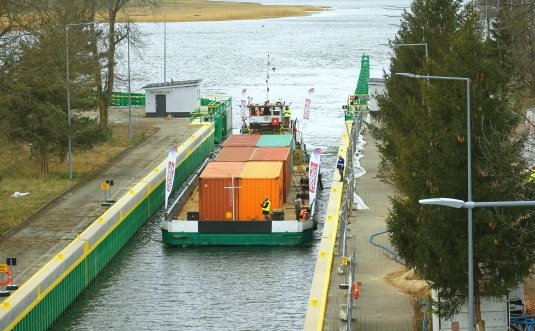 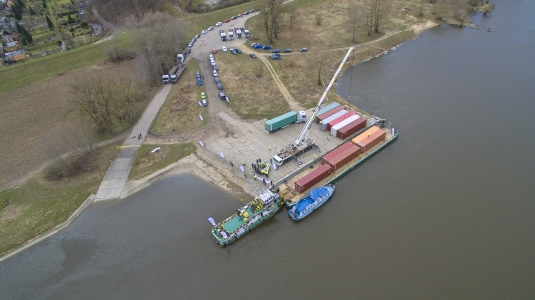 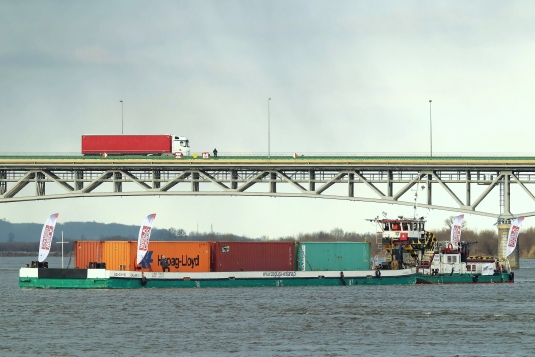 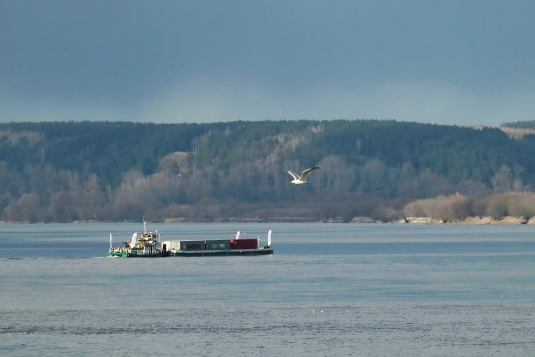