EMMA organized an excursion to the new ship’s hoist

EMMA Annual Conference was followed by an excursion to a new ship’s hoist Niederfinow.

A giant ship’s hoist, a proper feat of engineering, attracted the participants of the EMMA annual conference as well as media representatives to Niederfinow in the northern Germany, close to the Polish border. On this interesting excursion the participants had a chance to first see a miniature in the visitor information centre and hear some technical details of a ship’s hoist. Then they saw the old ship lift in action, helping a ship to overcome the 36 metre height difference in the Oder-Havel canal, which connects Berlin with Szczecin and the Baltic Sea. What is more, the excursion offered an opportunity to visit the site of the new ship’s hoist and hear interesting details related to its building process.

The old ship lift itself is an impressive sight, having a hight of 52 meters, width of 27 meters and a length of nearly 100 metres. This oldest working boat lift in Germany has been in operation since 1934. Despite its huge size, the old ship’s hoist will not be able to deal with the increase in traffic on the Oder-Havel canal and meet the challenges of longer and wider modern barges. Therefore, a foundation stone of a new ship’s hoist was laid in 2009 – a ship’s hoist that will meet the European standards and the parameters of a Class V European waterway.

The mode of operation in both lifts is fundamentally the same, its structure working as a vertical elevator with a counterbalance. However, the size will grow significantly: the modern ship’s hoist will be 133 meters in length and 46 meters in width. Furthermore, its speed is twice as high as in the old lift, shortening the journey time from 5 to 3 minutes.

It is estimated that the new lift will come into play after two more years of building and a one-year testing period. The both lifts will work side by side for five years, after which the old one will remain at its place as a technical memorial.  Situated right next to each other, they offer an impressive sight where history and future meet at one glance. It is therefore no wonder that this sight attracts 300 000 visitors a year to see these engineering masterpieces. 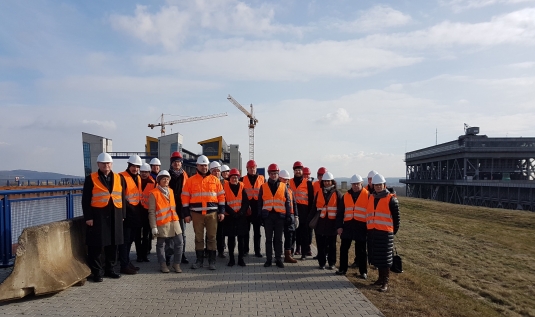 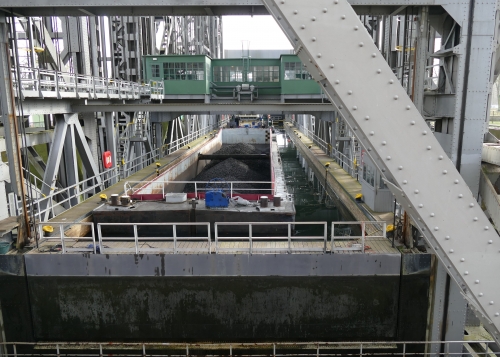 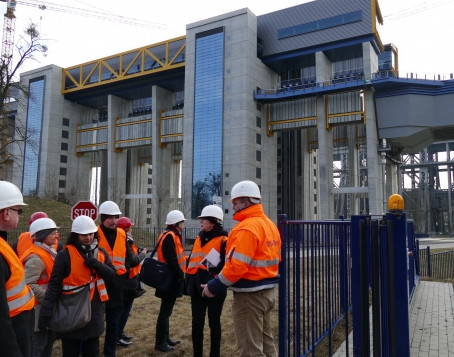