Future investments in infrastructure were discussed on board of a 104-year-old steamship Bohuslän that sailed along the Göta River.

The 5th EMMA partner meeting took place in Gothenburg, Sweden in a unique environment. 34 participants, as well as a 24-person crew, boarded steamship Bohuslän in the morning to explore the Swedish inland waterways on the route from Gothenburg to Trollhättan. The Trollhätte Canal is 82 km long: 10 km of it are manmade and the remainder is a natural waterway - The Göta River.

Work was not forgotten despite the beautiful and sunny day: the meeting took place on the cabin of the boat, where the status of the EMMA work packages and the next steps were discussed.

The difference in water level between the Lake Vänern and the Baltic Sea is 44 meters, which is overcome by six locks on the way. First of them was the lock in Lilla Edet. The four locks in Trollhättan account for 32 meters of the shift. The participants were told that double bottoms in the locks ensure an even distribution of the water, resulting in gentle water movement during both filling and draining.

In Trollhättan, the participants got to see how the locks and bridges along the canal are controlled remotely. They also had a chance to compare locks from three different generations, which were situated side by side. In 1800, the opening of the first locks allowed ships with a freight capacity of 140 tons to pass through, whereas today a modern Vänermax freighter carries up to 4000 tons in regular traffic. Annually over 3,5 million tons of goods are shipped on the canal.

The future investments were discussed on board on the way back. The renewal of the locks in Trollhättan is a part of the new infrastructure plan that the Swedish government decided on in June. The new infrastructure plan for years 2018-2029 includes investments of an amount of 622,5 billion Swedish crowns, and about 63 billion SEK from fees is added to that amount. In total, about 5 billion SEK is targeted at infrastructure for maritime and inland shipping. However, all maritime projects lie some years ahead and the works in Trollhättan are planned to start after 2024. The work is extensive and will reach over the next planning period.

The second day of the partner meeting took place in the Lindholmen Science Park, which is an international collaborative environment for research, innovation and education within the areas of transport, ICT and media. This fast-growing, knowledge-intensive area used to be an old shipyard, in which also the steamboat Bohuslän was built in 1914.

To sum up, the 5th partner meeting was a real eye-opener for EMMA partners. The inland waterway cruise on a 104-year-old steamboat and the oldest generation of locks in Trollhättan reminded everyone of the starting point. Seeing the surveillance and remote controlling system of today’s locks as well as visiting the Gothenburg's most knowledge-intensive and growing area of Lindholmen demonstrated how the technology has proceeded – let alone where it is making way at a fast pace. Project EMMA is happy to participate in this progression, aiming to do its best in enhancing inland navigation and strengthening its competitiveness and future development.

More information on the Swedish national infrastructure plan for years 2018-2029 can be found in Swedish: https://www.regeringen.se/regeringens-politik/nationell-infrastrukturplan/. 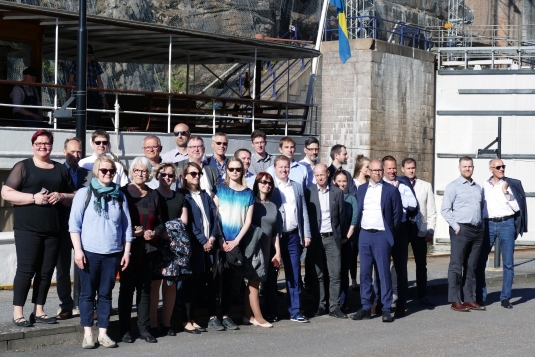 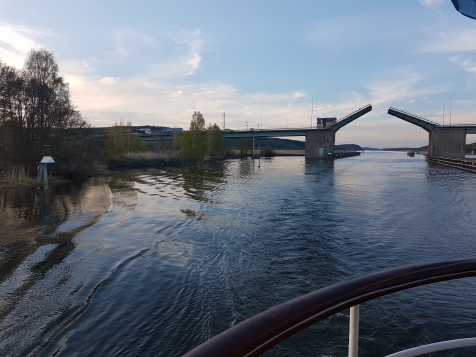 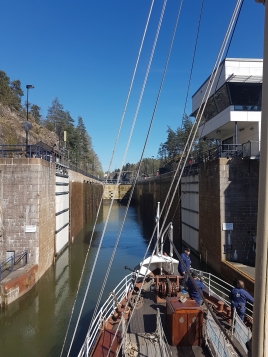 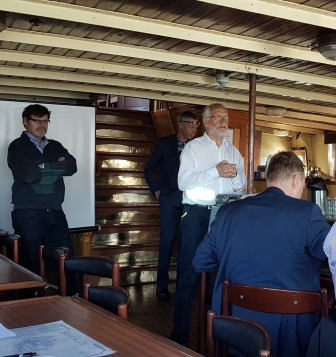