The association Elbe Alliance (EA) organised the conference “Elbschifffahrtstag”; a joint declaration of eight IWW associations was hand over to German politicians.

The conference took place in Wittenberg on 24th May 2018 and hosted about 120 participants from the IWT industry, regional- and national policy level as well as research institutes, IWT associations and chamber of commerce’s. Conference focus was on the adopted “Elbe master plan”, the maintenance condition of the inland waterways in the Elbe region and possible improvement for navigable conditions.

A welcome tour on board of a small river cruise ship was organised the afternoon before the conference on 23rd May. The major of the city of Wittenberge (Mr Dr. Oliver Hermann) highlighted the importance of the river Elbe for city development, tourism and transport during the cruise on the river Elbe which connects the Czech Republic with the North Sea.

A highlight was the handover of a joint declaration by eight organisations and associations to the Federal Ministry for Transport and Digital Infrastructure:

Boris Kluge (Bundesverband der öffentlichen Binnenhäfen) represented the consortia and presented the catalogue of demands towards the representatives of the national policy level.

The declaration is asking for the political support to achieving better navigational conditions by enhanced maintenance measures, expansion measures for infrastructure as well as digitalisation along waterways. River information services and mobile phone networks needs to be set-up hand-in-hand. Inland ship’s captains need to be able to make use of tablet and phone applications which ease their business, which requests sufficient network capability in respect of data throughput.

This resulted in another highlight, as three associations will bundle forces in future to be better heard at policy level by making use of their individual strengths. Thus, the “Verein zur Hebung der Saaleschifffahrt e.V.“ and  „Weitblick – Verkehrsinfrastruktur, Wirtschaft Logistik e.V. will merge with Elbe Allianz e.V.” will merge with Elbe Alliance e.V. Last named association will adapt its internal structure and working groups accordingly to best possible meet its new possibilities by making use of gained new competence and capacity.

A successful conference which surely will support the further development of inland navigation. 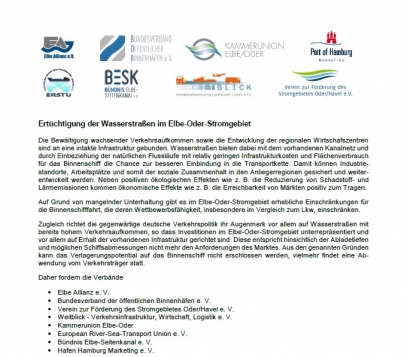 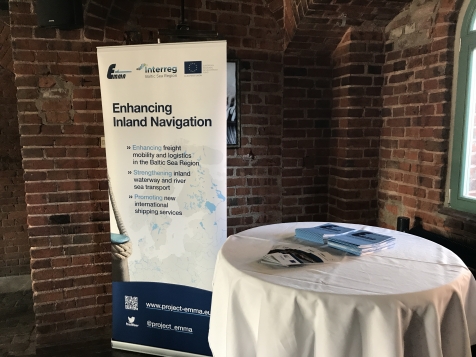 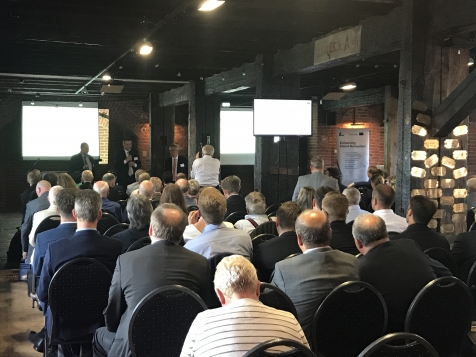 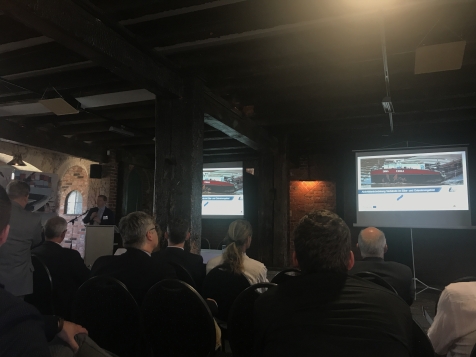