EMMA was presented at the international ministerial conference in Poland

EMMA got attention at the International Ministerial Conference “Connecting by Inland Navigation”.

The International Ministerial Conference “Connecting by Inland Navigation” was held last week in Wroclaw, Poland. Project EMMA got positive attention, when it was presented at the stage by Wolfgang Hebenstreit, Secretary General of the European River-Sea-Transport Union (ERSTU) – one of the associated partners involved in project EMMA.

The conference was organized in cooperation with the Inland Transport Committee of the United Nations Economic Commission for Europe and the Ministry of Maritime Economy and Inland Navigation of Poland. It brought together key stakeholders, such as countries with vested interest in inland navigation, European Commission, River Commissions and intergovernmental and non-governmental associations, to discuss key matters, trends and challenges related to the development of inland waterways.

The conference was opened by Marek Grobarczyk, Minister of Maritime Economy and Inland Navigartion, Poland. The importance of inland navigation in multimodal transport chains was outlined by Magda Kopczynska, Director for Innovative and Sustainable Mobility in Directorate-General for Mobility and Transport within the European Commission. Too often, IWT is regarded as an isolated island instead of a multimodal solution. As Andrey Vasilyev, Deputy Executive Secretary at UNECE put it, IWT constitutes a competitive alternative and a complement to road and rail transport and is often a key link in the logistics supply chain for many industries. It was stressed that multimodal transport should be seen as a matter of coexistence – not as a matter of competition.

Fortunately, (re)developing IWT has now become a worldwide trend, as Harrie de Leijer, International Multimodal Expert at STC-Nestra, stated. The importance of IWT is growing in a number of regions across the world. Project EMMA, on its behalf, aims to increase the modal share of IWT in the transport chains within the Baltic Sea Region.

For project EMMA and other actors within the inland navigation sector, the ministerial conference provided an excellent opportunity to exchange experiences and ideas regarding the development and the future of IWT. 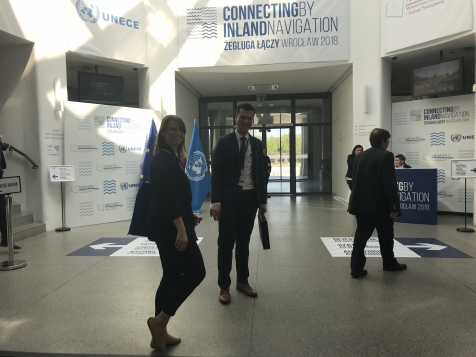 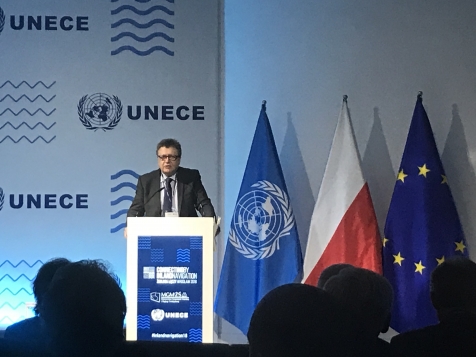 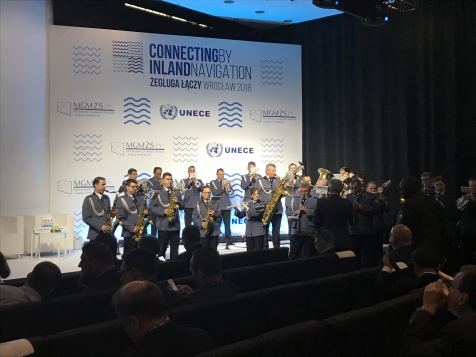 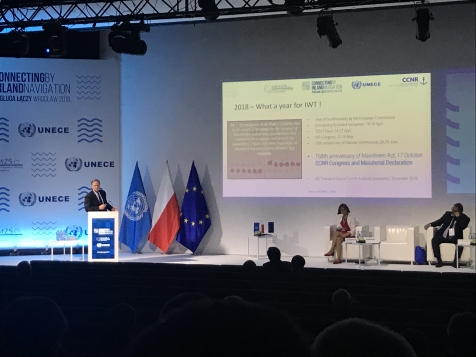 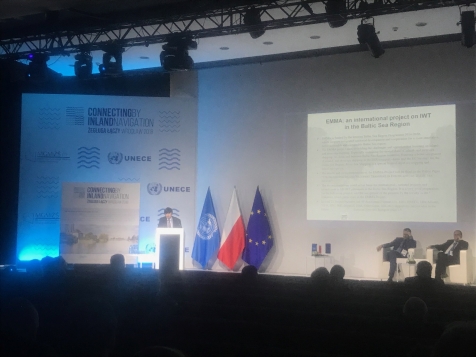