Freight traffic in Lake Saimaa on the rise

Cargo volumes in Saimaa grew by 6 percent compared to the previous season.

Cargo volumes in Lake Saimaa grew by 6 percent compared to the previous season despite the fact that the last traffic season was remarkably shorter than the previous ones. The shortening of the season is caused by the renewal project: the lower lock gates in the Saimaa Canal will be renewed, which will take two more seasons to finish.

This technical upgrading will significantly enhance the operational reliability of Saimaa and offers a chance to lengthen the traffic season in Saimaa in the near future. For the time being, the traffic is recessed for two and a half months every year due to winter conditions. This creates the most significant bottleneck, since the industry is not able to use this supply chain option all year round, which prevents the cargo volumes from further rising.

Limiting stoppage of traffic season for one month

Ongoing development projects in Saimaa and planned improvements related to ice-breaking operations can lengthen the annual activity of foreign traffic in the Saimaa area. The future plans include having a year-round traffic inside Lake Saimaa and lengthening of the annual activity to 11 months in the Saimaa Canal. Thus, the limitations on traffic season would concern only the yearly maintenance in Saimaa Canal area for one month.

Messages gathered from the industry indicate that this kind of solution would not limit the usage of IWW transport and would cut down rerouting for other traffic modes during the winter. To keep up this positive flow, the Finnish Transport Agency is developing operational activities. As an example, a new ice-breaking solution will be put into operation in the Saimaa area during 2019.

Enhancing IWW traffic by raising the water level in Saimaa Canal by 10 centimeters would be a relatively fast plan to implement - also technically and legally. The cost for this development is estimated at 5 million euros and could be actualized already in the year 2020. As a result, the current vessel fleet could take approximately 50 to 80 tons more cargo per vessel.

Lengthening of locks in Saimaa Canal

The lengthening of all eight locks in the Saimaa Canal is an even more remarkable development plan, which would provide an opportunity to enter Saimaa with bigger vessels that operate in the Baltic Sea. The cargo intake with bigger vessels would be notably higher than with the current vessel fleet that is able to enter Saimaa. The option to shift upper gates in the Saimaa canal to lengthen lock chambers by eleven meters has been technically studied and the cost has been estimated at 60 million euros.

Investments in the new fleet are not expected in the near future, as the lock sizes are not decided on yet. A strong voice from the industry and the regions around Saimaa area is needed to lobby the plans of lengthening the lock chambers in the Saimaa Canal. This, on its behalf, would give a positive signal to shipowners to plan the financing and building of new vessels that are suitable for future dimensions of the Saimaa Canal. 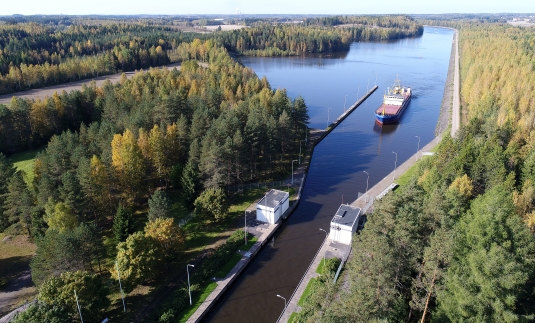 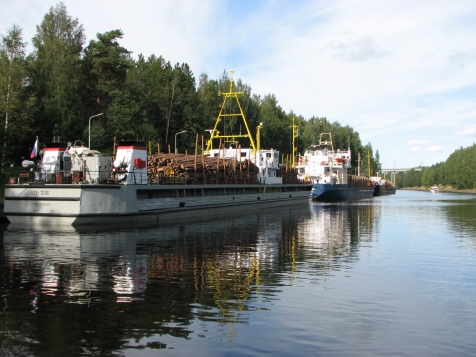