Hand Over of EMMA Policy Paper during Final Conference

At the conference, a vision for IWT in the Baltic Sea Region was presented. According to the vision, inland waterway transport is a green and smart transport mode, which is well integrated in multimodal supply chains with a remarkable share of the modal split. Inland waterway transport represents currently 6 % of the total transport volume in the European Union, consisting mostly of the transport along the Rhein and the Danube. However, during the three years, project EMMA has promoted sustainable inland shipping across the Baltic Sea Region successfully, highlighting the potential of many BSR countries to contribute to a more sustainable transport system by enhancing inland navigation and increasing its modal share in the transport system. The project EMMA was approved as a flagship project in the Policy Area Transport of the EU Strategy for the Baltic Sea Region, reflecting the importance of developing inland navigation in the Baltic Sea Region.

“A lot of countries that want to push this transport mode further take this momentum. Project EMMA draws attention to these countries because there is potential which needs to be lifted by closer co-operation of all stakeholders involved”, said Stefan Breitenbach from the Port of Hamburg Marketing.

According to the vision, IWT is well-considered in strategic transport network planning and legislation. The expert panels discussed the importance of extending the TEN-T inland waterway network and including more waterways in core network corridors. Integration of waterways into the TEN-T network advances investments on them, since a lot of financing is directed to core network corridors. National regulatory frameworks are clearly a challenge and there is a need for harmonised national rules and regulations. For instance, in Sweden inland navigation is heavily affected by pilot and fairway dues that decrease its competitiveness. Johan Lantz, CEO of Avatar Logistics, called for a same playground for the whole Europe and stressed that the price of pilotage is currently a deal-breaker in Sweden when it comes to inland navigation.

The vision stated that a clear Intelligent Transport Systems’ (ITS) strategy enables smart shipping solutions. Arne Gehlhaar from the Institute of Shipping Economics and Logistics reminded that digitalization is needed to reach the competitiveness of inland navigation. River Information Services (RIS) are services designed to enhance safety and efficiency of inland waterway transport by optimizing traffic and transport processes. In Germany, EMMA pilot focused on improving transport management with the development of a digital map that combines RIS data with traffic flow relevant information, helping to achieve more efficient IWT in the Baltic Sea Region.

On long distances, shipping is the most environmentally friendly way of transporting goods when carbon dioxide emissions between different modes of transport are compared. According to the vision, an alternative fuel network is in operation serving a modern, smart and green IWT fleet. Several speakers stressed promotion of alternative fuels as one way to get closer to zero emissions.

According to the vision, transition points between different waterway classes and interlinks are established. Finally, the vision emphasized a strengthened voice of the sector. Therefore, stronger cooperation of stakeholders is needed.

“Inland shipping will not become an alternative for long-haul transport without a strong voice and active sector asking for further legislative and regulatory improvements. Much more input is needed from the sector by its associations involved in the sector. This means strengthening of lobby networks by active memberships in national and European associations and organizations. Dominant transport modes, namely transport by rails and roads, are of course still needed, and road transport especially for the last-mile”, Stefan Breitenbach said, “but IWT still do not play the adequate role in the transport system to its potential. IWT supports sustainable transport aims and also as such should be better promoted!”

The final conference was jointly organised with the Chamber Union Elbe/Oder, which combines 34 regional chambers of commerce along the central European inland waterway network of rivers Elbe and Oder from German, Poland and Czech Republic. 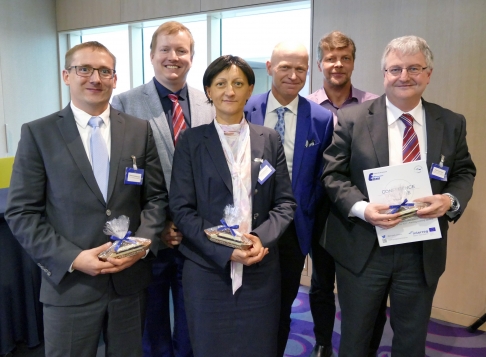 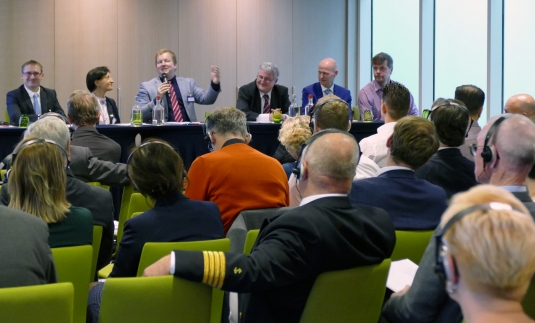 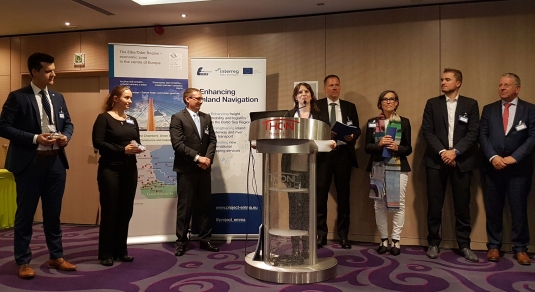 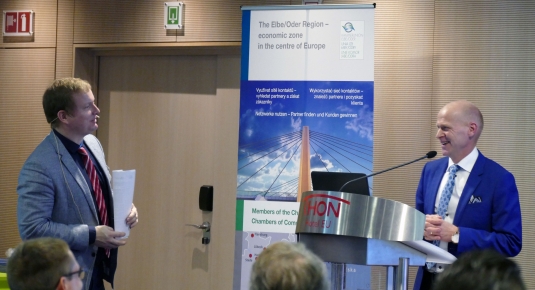 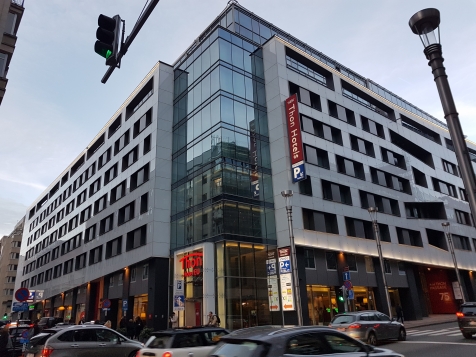 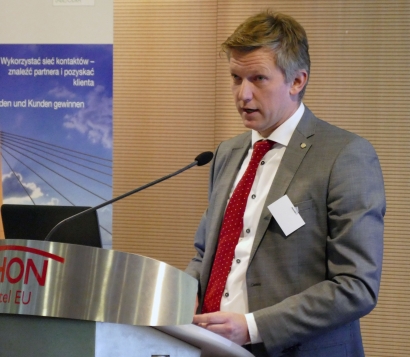 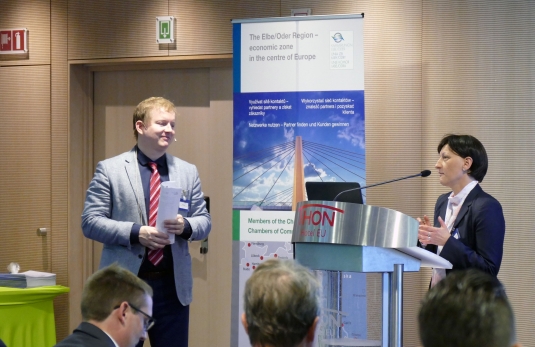 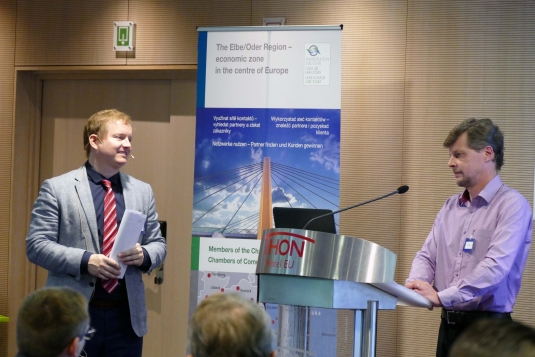 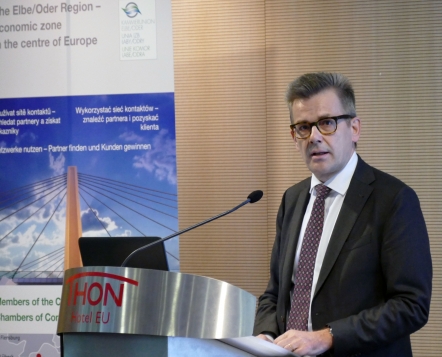 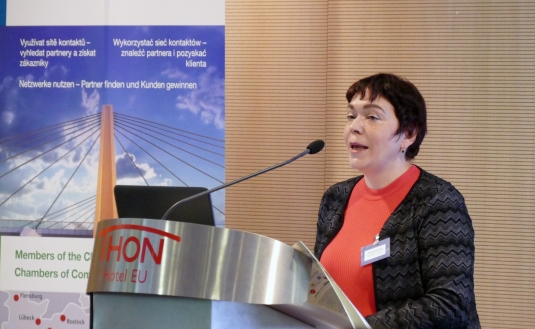 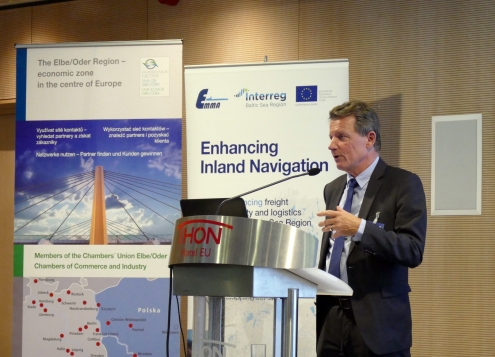 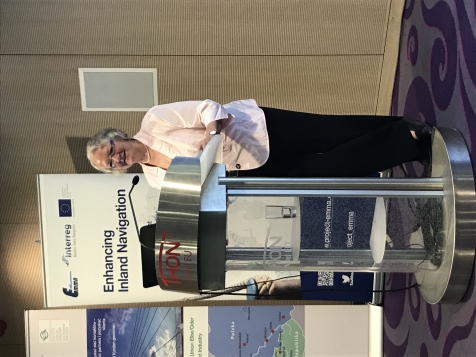 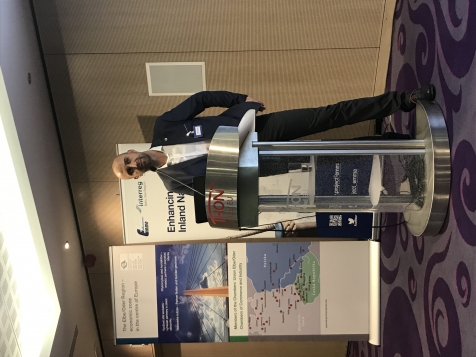 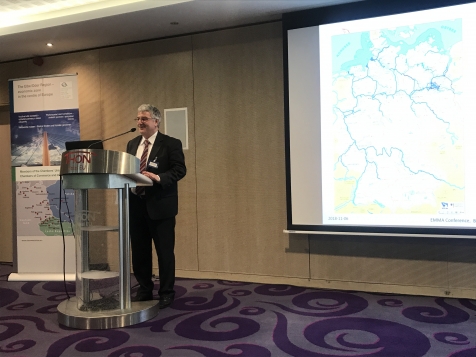 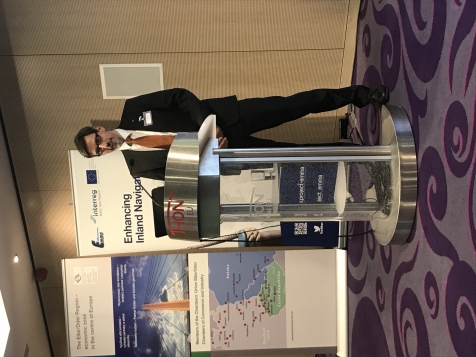 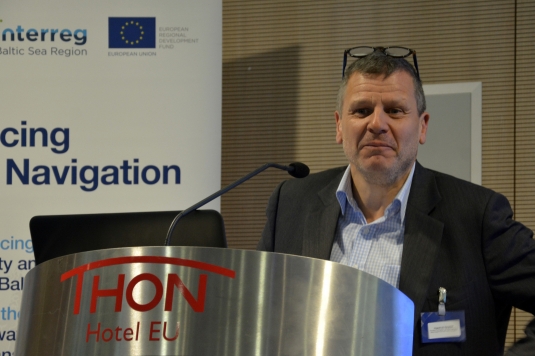 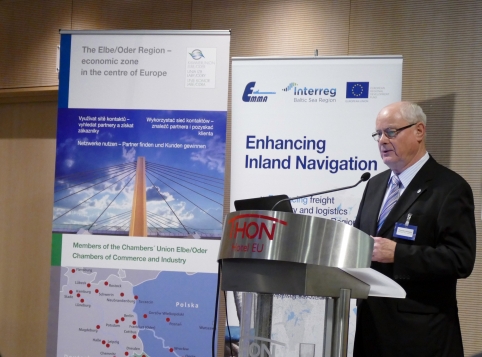 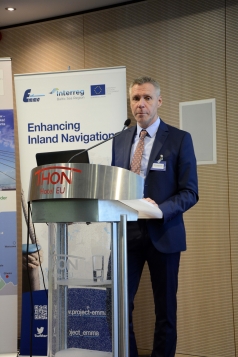 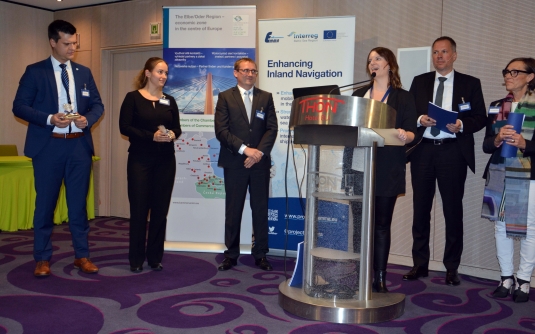