Video of the unique container barge pilot in Sweden published!

In March 2017, the Swedish logistics company Avatar Logistics showcased how a container shuttle can be utilized in Sweden with an implemented Inland Waterway (IWW) framework. On this unique pilot a barge was first loaded with containers in the Port of Surte and then pushed by a tugboat along the Göta River to the Port of Vänersborg by the Lake Vänern. In the port the shipment was unloaded and re-loaded onto trucks. The pilot was a success, since it demonstrated the feasibility of this concept to complement road and rail transport already in the near future.

More information on this unique pilot can be found here. 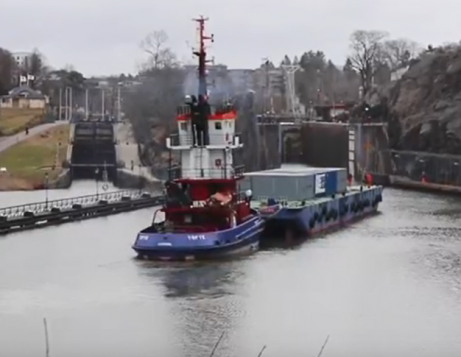