The main objective of the round table meeting was to establish a consensus among the key actors on the future of inland navigation in Sweden.

The round table meeting, arranged by Avatar Logistics within the framework of the project EMMA, took place on the 24th of May in Stockholm. In the meeting it was underlined that aiming at success of inland navigation in Sweden must be a joint responsibility of all parties.

The expert panel of the round table meeting consisted of Karin de Schepper, Director at Inland Navigation Europe, Michel van Gent, CEO of Vigilia Shipping Ltd. and Henrik Armbrecht, Consultant at PLANCO Consulting. In their own expert fields, the panel members gave recommendations on how Sweden can move the inland navigation process forward. In addition to presentations, the audience was able ask questions from the experts.

One of the targets of the meeting was to establish a mutual plan of how to move forward. Thus, several group discussions were executed. The outcome of the meeting was an action list with different activities that hopefully will help the Swedish inland navigation forward.

Avatar Logistics will organize a new meeting in October with a target to follow up the activities in the action plan. 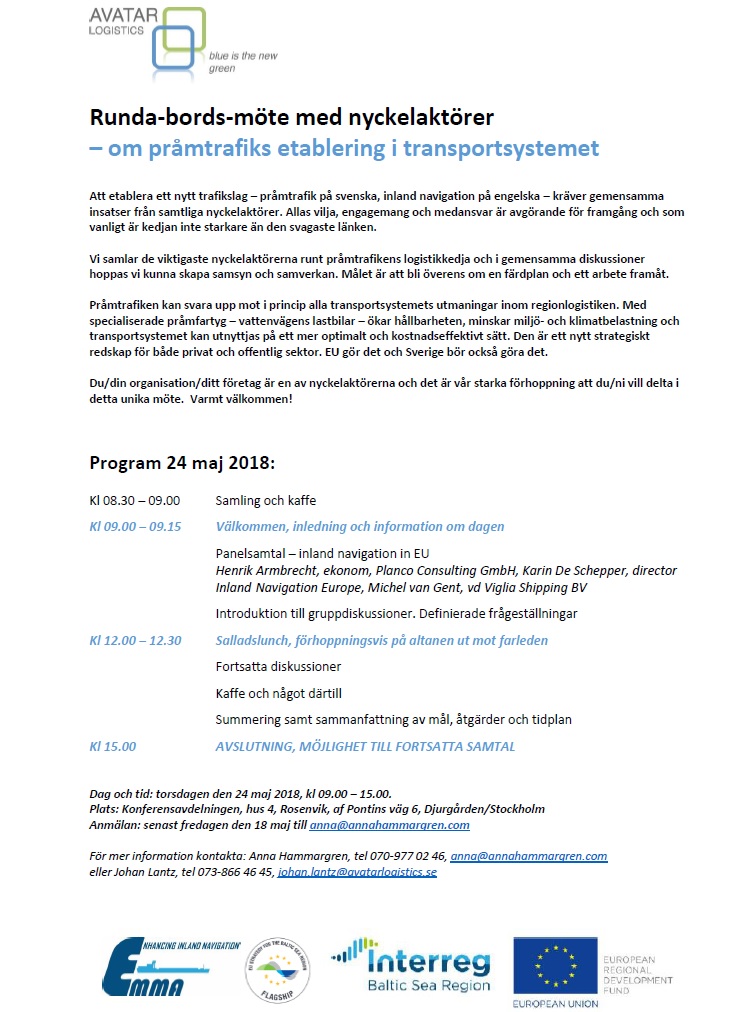