BSF is a private non-profit organisation aiming to strengthen the Baltic Sea Region on an economic and political level via strong cooperation between respective stakeholders.

The BSF has a representative network of members from the business, politics and administration level. Acting as knowledge centre and establishing networks between stakeholders it is a well-known and reliable organisation as well as point of contact for all BSR affairs, also being recognised in Brussels.

A chairman of the BSF is Mr Kurt Bodewig, TEN-T Corridor Coordinator of the Baltic-Adriatic Corridor.

BSF will strengthen political lobbying towards German and European sectors. 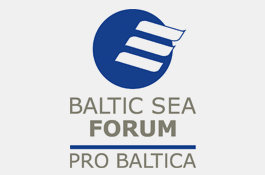